BEIRUT, Lebanon 12/15/2010
The heavy downpour in Beirut did not stop Filipino migrant workers from bringing their protest to the Philippine embassy regarding the total deployment ban of overseas Filipino workers (OFWs) to Lebanon.
Representatives of the Filipino community aired their sentiments on the ban that was put in place last June 18, 2007 after the 2006 war in Lebanon.
Ambassador Gilberto Asuque said the Philippine government imposed the ban to ensure the protection of Filipino workers in Lebanon.

Firefighting units put out a huge fire that erupted in a building in the Beirut neighborhood of Talet al-Khayyat Monday. Several domestic workers almost died, with their children, because "madam" had locked them in their rooms. 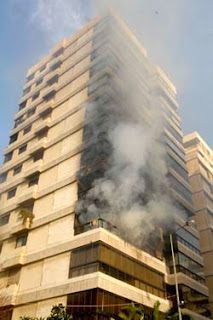 
Powered by the Anti-Racism Movement

The Story of Niri


Powered by the Anti-Racism Movement
at Tuesday, December 21, 2010 No comments:

Email ThisBlogThis!Share to TwitterShare to FacebookShare to Pinterest
Labels: malagasy

Migrant Workers Seek Greener Pastures but End Up in Hell

SINGAPORE (IDN) - "Most migrant workers are indebted up to seven to ten months of salary. So for two years contract most workers start earning only in second year of their contract," laments Bridget Tan, President of the Humanitarian Organisation for Migration Economics (HOME), a Singaporean non-governmental organization (NGO), which has been sheltering and assisting hundreds of domestic workers over the years, who have been abused by employers or cheated by recruitment agents.

Right across Asia, from the Arab Gulf Sates, Saudi Arabia, Lebanon and Jordan to India, Bangladesh, Sri Lanka, Malaysia, Singapore, Indonesia, Myanmar and the Philippines, a chain of recruitment agencies both in sending and receiving countries are making a lot of money, exploiting the poverty of people, and their desire to make a better living. Both the receiving countries -- which get cheap labour, and the sending countries that receive their remittances -- are ignoring perhaps the greatest violation of human rights in the modern times.

More domestic workers making use of hotlines, other help mechanisms

By Alexandra Taylor, Special to The Daily Star, Saturday, December 18, 2010

International focus on the issue intensified when a 2008 Human Rights Watch (HRW) report said domestic workers were dying at a rate of more than one a week in Lebanon. As recently as September 2010, KAFA (Enough), a women’s rights advocacy organization, documented nine deaths of domestic workers in a one-month period.

A lack of mechanisms to report incidents of abuse contributed to the dire situation for many foreign workers.

The Labor Ministry established a hotline to address this issue in June, but its impact has yet to be assessed. According to a September HRW report, as of July, not a single worker had contacted the ministry’s hotline.

However a source from the ministry said the hotline was now receiving calls regularly, and that Labor Minister Butros Harb had made revamping legislation on the situation of foreign workers a “highest priority.”

The source said the ministry would unveil a long-awaited draft law to address foreign workers’ conditions and was about to complete a translation, into 14 languages, of the Unified Work Contract, which now covers their status.

Meanwhile, KAFA has been active in offering its own confidential hotline service for abuse victims and has seen an increase in calls from migrant domestic workers due to its recent outreach efforts.

According to the hotline’s senior social worker, Rima Abi Nader, prior to KAFA’s outreach program, “People didn’t know what was here. You need to build a certain level of trust.”

KAFA’s new program to reach out to migrant workers began in June with the publication of a newsletter, whose first issue tackled the language gap.

Despite the rainy weather, hundreds of Filipinos gathered in front of their embassy in Beirut demanding and end to the prohibition to lift its ban on migrant workers coming to Lebanon. Some of them are afraid of going back to the Philippines because they might loose their Lebanese residency because of the ban.

Once in prison, the women can file complaints against their employers, but the legal system is stacked against them. Those who do find attorneys face cases that drag on for years and a system that often doesn't recognize abuse of domestic workers as crimes. The proceedings often are held in a language the workers do not understand.
Even if the court does give a domestic worker a fair hearing, the alleged crimes usually have no witnesses. A judge often is left to decide a case based on the word of the employer against the word of a maid.

She said, she does not know why she was attacked so brutally.
"The Madame was always angry at home," Nilu said. "When she argued with her husband, she would take it out on me."

Filipino women demonstration in front of the Philippine embassy in Beirut

I have received several messages regarding an upcoming exceptional event. Filipino women are holding a demonstration in front of the Philippine embassy in Beirut (near Spinney's, Ashrafieh) at 10am, this Sunday (12/12/10), for the Philippine government to lift its ban on migrant workers coming to Lebanon.

When I was asked if I was for or against lifting the ban, I answered "no comment". On one hand, the ban is ineffective and creates a black market detrimental to the workers' rights. On the other hand, lifting the ban will ease the pressure on the Lebanese government (in case they feel pressure at all) and on agencies bringing domestic workers to Lebanon.

Trapped in Lebanon: Foreign Domestic Workers With No Rights or Way Home (The Atlantic)

When Rose Adhiambo left Kenya for a job in Lebanon, she could have never imagined that six months later she would be returning home in a coffin.
Twenty-four-year-old Adhiambo did what many poor young women around the world do: she left her homeland in search of a better life abroad. This brought her to Interlead Limited, a Kenyan website that promises to help "job seekers to find top jobs.
Story continues below

What the Interlead Limited website did not say was that Adhiambo would be working as a maid in slave-like conditions. Her parents, who live in Nairobi, thought their daughter had gotten a plum job in the Middle East. It wasn't until the girl called and complained about her employer's treatment that the family knew there was a problem. Adhimabo told her aunt, Margaret Olwande, that she planned to escape. "Tomorrow is the D-Day. Please pray for me," she said to Olwande in a telephone call in August, according to The Standard, a Kenyan newspaper that covered the story.
Two weeks later, the body of an unnamed Kenyan migrant worker--presumed to be Adhiambo--was found on the first floor balcony of a building in Beirut's Sahel Alma neighborhood. A Lebanese newspaper, Al-Akhbar, reported that the worker

Ethiopian fell to death in Antelias

Al-Akhabr newspaper reported today that, on Friday, at 8:33 in the morning, Ethiopian national Weilana S'bsay fell from the balcony of her employers in Antelias and died. Al-Akhbar quoted reports which said that she threw herself. No further information was given.

Two new videos on domestic workers in Lebanon freshly out of Shankactive!