Ethiopian Suicides is one year old

On October 28, 2010, after 4 "suicides" of migrant domestic workers, mostly Ethiopians, the blog was created.

In one year, we accounted for approximately 30 deaths, mostly classified as suicides, and several attempted suicides in the migrant domestic workers population in Lebanon. Our sources were the media, so the figure can be higher.

In one year, we documented two successful court case where Lebanese were condemned for abusing their maids.

We look forward to running out of business and closing this blog soon. I hope. 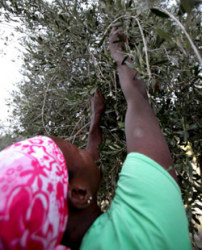 With an estimated 200,000 domestic workers, Lebanon became one of the top nations in the world that rely on foreign domestic help, with one maid for every 16 families.

The workers primarily come from Sri Lanka, Ethiopia, the Philippines and Nepal. The conditions in which they work and live have become a topic of much discussion following the release of a report in September by Human Rights Watch (HRW).

The report called on the Lebanese judiciary to protect female foreign domestic workers. The conditions are so bad, the report said, it leads some workers to commit suicide.

According to the report, "violence against women workers often fails to gain the attention of the police and prosecutors who do not file a lawsuit except in cases of serious physical violence backed by comprehensive medical reports."

The report seems to confirm recent research carried out by other human rights organisations.

BEIRUT: Basic steps to improve the situation of Lebanon’s hundreds of thousands of migrant workers, at risk from abuse and exploitation, were taken by the syndicate of recruitment agencies Wednesday.

The Syndicate of the Owners of the Workers Recruitment Agencies has now entered into a formal agreement with Lebanese NGO Caritas, promising to better inform their employees of their rights, increase their access to social services and to blacklist employers who are known to have been abusive, preventing them from repeating their offenses.

It is hoped that the coordination, alongside legal reforms currently under review by the Labor Ministry and the Interior Ministry, could alleviate

"Why is your daughter black?"

Our first question when we considered this call to Lebanon was, “Will we be safe?”  The second question was, “How will our African daughter be treated in Lebanon?"

Email ThisBlogThis!Share to TwitterShare to FacebookShare to Pinterest
Labels: ethiopian, the Lebanese mind

Bishop says half of Christians in Middle East are vulnerable migrants

VATICAN CITY (CNS) -- Up to half of the Catholics in the Middle East are migrant workers, mostly from the Philippines, who pack the few churches in the Arabian Peninsula each weekend and often turn to the church when their employers exploit or abuse them.

Bishop Paul Hinder, the apostolic vicar for Arabia, is responsible for the pastoral care of Catholics in the United Arab Emirates, Oman, Yemen, Bahrain, Qatar and Saudi Arabia. There are more than 2 million Filipinos in the region, and about 80 percent of them are Catholic. There also are tens of thousands of Catholics from India, Sri Lanka and Africa, he told reporters at the Vatican Oct. 19.

Given that situation, he said he thought the Synod of Bishops for the Middle East was "too focused on the classical Oriental churches in the Middle East" and on problems facing the region's native Christians because of the Israeli-Palestinian conflict, the war in Iraq and the continuing tensions in Lebanon.

"The church cannot distinguish between 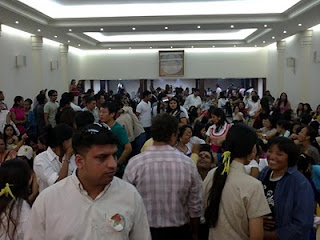 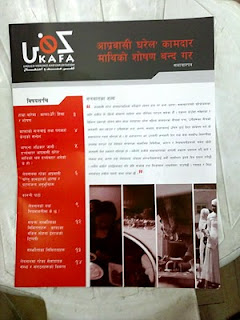 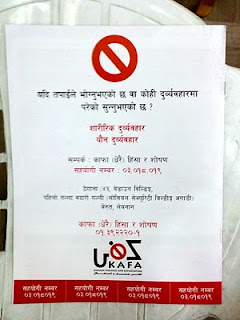 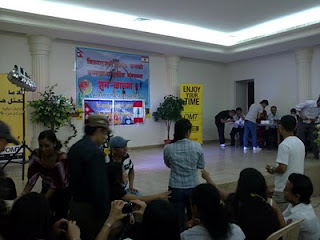 Yesterday, 17 October 2010, members of the Nepalese community in Lebanon flocked to a church hall in Sed El Boushrieh, North of Beirut, to celebrate Dashain Festival. A Kafa flyer in Nepalese was distributed. The Anti-Racism Movement contributed to the organization and to mobilizing Lebanese to join the celebration.

ARCHBISHOP BERHANEYESUS DEMEREW SOURAPHIEL C.M. OF ADDIS ABEBA, ETHIOPIA, PRESIDENT OF THE COUNCIL OF THE ETHIOPIAN CHURCH, AND PRESIDENT OF THE EPISCOPAL CONFERENCE OF ETHIOPIA AND ERITREA said during the Fifth General Congregation of the Special Assembly for the Middle East of the Synod of Bishops, held on October 13 in the Vatican’s Synod Hall:


“Ethiopia has about eighty million inhabitants, half of whom are below the age of twenty-five. The great challenge which the country faces is poverty and its consequences, such as unemployment. Many young people, aspiring to escape poverty, attempt to emigrate, by any means. Those who emigrate to the Middle East are mostly young women who go legally or illegally to seek employment as domestic workers because most of them lack professional training. In order, to facilitate their journey, the Christians change their Christian names to Muslim names, and dress as Muslims so that their visas can be processed easily. In this way, Christians are indirectly forced to deny their Christian roots and heritage. … Even if there are exceptions where workers are treated well and with kindness, the great majority suffer exploitation and abuse. … It would seem that Christians who die in Saudi Arabia are not allowed to be buried there; their bodies are flown to Ethiopia for burial. Could the Saudi authorities be requested to allocate a cemetery for Christians in Saudi Arabia? Many Ethiopians turn to the Catholic Churches of the Middle East for assistance and counselling. I would like to thank the Catholic hierarchies in the Middle East who are doing their best to assist victims of abuse and exploitation. We are grateful, for example, for the great work of Caritas Lebanon. Modern migration is looked upon as ‘modern slavery’. But let us remember that today’s migrants are tomorrow’s citizens and leaders either in their host countries or in their home countries”.

The National News Agency reported today the suicide of Ethiopian maid Tana Amny Bou Aziz who jumped from the balcony of her employer's home in Shiah, a Beirut Southern suburb. The coroner who examined the body confirmed that the death was due to the full shattering of the scull and of the body of the maid as a result of the 15 meter fall.

Danish Refugee Council and partner organisation KAFA (enough) Violence & Exploitation are working hard to raise awareness on the poor living and working conditions of the estimated 200,000 migrant domestic workers and to support those of them who are victims of abuse in Lebanon.

Since the early 90s, an increasing number of women from countries including Sri Lanka, the Philippines and Ethiopia temporarily work in Lebanon - often with the hope of helping their children and families back home.

"Female migrant workers in Lebanon are living without adequate legal rights and are frequent victims of discrimination and abuse. We are working on several levels to improve their conditions. Through research, public events and media campaigns,
Read more »
at Tuesday, October 12, 2010 No comments:

Filipino worker dies after being hit by a van

An Attempted Suicide by a Nepalese Maid?

Al-Akhbar newspaper reported today that a Nepalese domestic worker, Naza T., was transferred to hospital after stabbed in the stomach with a knife. The incident took place in the home of her employer, Hana S. in Zqaq El Blat in Beirut. The security forces report said that Naza tried to commit suicide. No date or additional was given in the news piece.

Crying herself to sleep… a story about a Nepalese domestic helper

125$ yes just 125$ for working 18 hours a day or even more. To make the story more frustrating, Nana used to work in Nepal, and also get 125$. So coming to Lebanon and working more than 18 hours was the worst thing she ever did.

How dirty is your laundry? Maybe I should ask your maid and quite possibly she will air out information dirtier than your clothes. Yes, I am referring to the treatment these workers are subjected to that reminds me of history class in the United States when I used to read about slavery.

Lebanon has justified modern-day slavery with contracts and cultural prejudice. These workers are bought and sold, their passports confiscated, wages withheld, worked from 6 am until midnight, denied food and exploited mentally, physically and sexually. Yet when you have visitors over, you tell them she is like your sister. The mentality in Lebanese society

Today at Caritas Lebanon Migrant Center’s premises in Sin El Fil, the Embassy of the Republic of the Philippines in Lebanon with its Philippine Overseas Labor Office (POLO) signed a Memorandum of Cooperation with the Migrant Center in order to better pursue their common goal of protecting Filipino workers and assisting them in asserting their human and labor rights.

The Memorandum is the fruit of long cooperation and joint efforts between
Read more »
at Friday, October 01, 2010 No comments: