Elnashra.com website reported last Sunday evening that, according to security sources, a Nepalese domestic worker hung herself in her employer's house in Ashrafieh. Her employers discovered the body hanging on the kitchen balcony. The Lebanese Red Cross and security forces headed to the location to investigate.

This news came just one day before the Guardian published a report about Lila, a Nepalese who was trafficked into slavery and committed suicide in Lebanon.

Lila Aacharya left Nepal hoping to make a better life for her two young daughters. Two months later her body was flown home. Lila's case exposes the toll of human trafficking - from her attempt to escape the poverty of her village in the Himalayan foothills to her exploitation and death as a domestic worker in an upmarket apartment in Beirut.

BEIRUT: A bar in the neighborhood of Gemmayzeh has canceled an event, originally scheduled for this Friday, which invited guests to dress up as migrant domestic workers for the chance to win $100.

Event details encouraged bar-goers to, “this Friday night, be Sinkara or Milenga ... be Soumatra or Domma ... create your own maid costume, speak like them and look like a Philippino [sic], Bengladish [sic], Sri Lanka [sic] or any maid you want and definitely win 100 U.S. dollars in cash.”

The details of the event were originally posted late Tuesday evening on the bar’s Facebook group. A Lebanese organization, the Anti-Racism 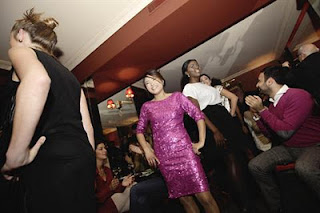 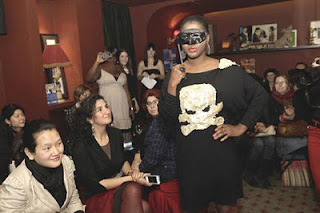 BEIRUT: Though it might seem an odd event for highlighting the challenges facing migrant domestic workers in Lebanon, the Insan Association took on the issue with a fashion show, hoping to open people’s eyes to the fact that beauty comes in all colors.

Behind the Green Door in Gemmayzeh presented the show, “Celebrating Colors,” Wednesday night to a packed audience. It featured creations by up and coming Lebanese designers, modeled by women from backgrounds representing Lebanese and immigrant communities in Beirut.

According to event organizer Joana Hauff from the Insan Association, the idea for a fashion show came as a new tactic to raise awareness about the plight of migrant workers and immigrants in Lebanon, in a way that roundtables and news conferences cannot.

“This event was supposed to target the broad public and the aim was to attract a different kind of crowd that would usually not show up to our events and not already be sensitized to the issue,” explained Hauff.

The Insan Association is a human rights and humanitarian organization that works with marginalized communities in Lebanon – including
Read more »
at Thursday, January 26, 2012 No comments:

On Monday 23 January 2012, Lebanese Minister of Labor Charbel Nahas declared unacceptable that the Lebanese continue to hire foreign labor they violate the rights, as they continue to rush to the gates of the embassies in search of work and foreign passports. He added: "I am against the confinement of domestic workers, I am for having a fixed work schedule, but with the possibility of flexibility in specific cases," arguing for a standard contract of work, binding, and refusing the idea of ​​a specific law to foreign domestic workers.

Minister Nahas' "revolutionary" declarations came during a conference organized by Insan Association at La Sagesse University in Beirut on "Empowerment and Social Inclusion of Migrant Domestic Workers in Lebanon", while sitting in between